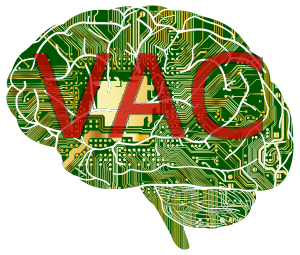 For its anti-cheat program, Valve now relies on neural networks that are trained through Deep Learning. At GDC, the manufacturer introduced its protection system for Counter-Strike.

This is a constant battle, which is conducted by manufacturers against cheaters in online games. Valve, one of the largest operators of online games such as Dota 2 and Counter-Strike: Global Offensive, now rolls out heavy artillery to detect Aim Bots and Speedhacks and bans cheaters on their servers. Because traditionally Counter-Strike is a find for cheaters. Most of the code in Global Offensive was transferred from Half-Life 2 and now they are 14 years old.

Valve combines its actions under the term VAC (Valve Anti Cheat). It includes, on the one hand, secure VAC servers where cheaters are banned, as well as a trust system in Matchmaking. Under the term "Rainbow of Trust", Valve classifies various player profiles and calculates their reliability. The most important criterion is how often the player was banned earlier. The worse his previous career, the lower his level of trust. Valve now groups players into games that match the same level of trust. Therefore, cheaters must play with cheaters, and honest players among honest players.

Until last year, Valve relied on the system "Overwatch", where gaming looking through the repetitions tried to identify cheaters. Players were randomly selected to watch the repetitions of Counter-Strike games. After eight rounds, they must decide whether the player they are watching is cheating. When almost all observers agreed that the cheater - be it Aimbot or Wallhack - it was banished on all servers with VAC. For such a severe punishment Valve set a relatively high threshold: 99.8 percent of observers had to vote that the player used cheats. If the percentage was lower, then the player was not banished.

Over time, Valve collected huge amounts of data from recorded demos, which from last year began to be used to train a neural network called VACnet for automatic detection of cheaters. They used two server cabinets, each of which was equipped with 64 Blade servers, each of which had 54 cores and 128 GB of RAM. A total of almost 7,000 processors trained the neural network with data from approximately 700,000 Counter-Strike demos and paid attention, for example, to how quickly and accurately the player aimed shortly before and after the shot. Training was repeated daily with fresh data and lasted about six hours each.

Then the trained neural network tested about 600,000 Counter-Strike 5v5 games a day, each individual test took about 4 minutes.

In the future Valve wants to generalize this process further to recognize other cheats, and ban cheaters in other modes and even games such as Dota 2.

Responding to the objection that the cheat producers may also train their Aim bots in the future through neural networks, project manager John McDonald said that Valve has more resources, both in server computing and in data sets: "It always wins the one who has more data to train the neural network - and that's us. "