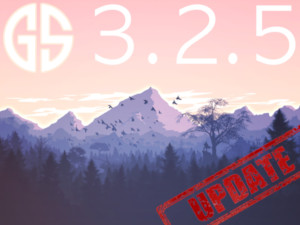 This update has added an updatable widget to our social networking app VKontakte.

The widget was earlier, but now it shows up-to-date information about the server. Now you can see both the map and the number of players. Also, the update has added a new view of the server "table" in the widget.

Support for Teamspeak 3 Server has been added.

Design have been improved again.

Fixed an issue with removing old servers that were not running. The servers that will not respond for a long time will be deleted.