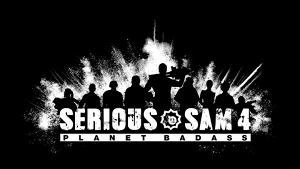 Serious Sam 4: Planet Badass will continue the series in the style of killing thousands of monsters. More information will be available only on E3.

At the Reboot developers' conference in Croatia, a new part of the Serious Sam series was introduced.

And the first trailer was shown and published. Serious Sam 4: Planet Badass - is the title of sequel, which is likely to again attack the main character with the huge waves of opponents. 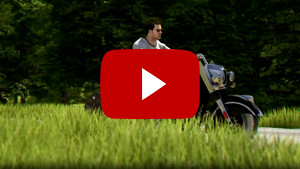 The trailer shows not much: only Sam, who on a motorcycle rides in the direction of a huge mass of monsters. The developer Croteam reports, we will get more information in June on E3. There is even a Steam game page, but there is not much information there.

The development of the game was confirmed as early as 2013

The fact that the fourth part is in development, it's not too surprising for the fans of the series. Back in 2013, developers talk about development of Serious Sam 4 during the Humble-Bundle campaign.

Then the players could get almost the entire range of Serious Sam games for a small amount. With money from Humble-Bundle campaign, the creators wanted to finance the development of the sequel. Obviously, the action was successful, albeit with a delay.